WHEN THE CORPORATION’S SHOES ARE TOO SMALL… 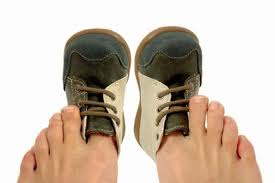 Not addressed in the Dallas Court’s opinion or the briefing was the recent decision of the Fort Worth Court of Appeals in Carter v. Harvey, 2017 WL 2813936 (Tex. App.—Ft. Worth June 29, 2017, no pet.). There, the Fort Worth Court affirmed summary judgment dismissing derivative claims with respect to a corporation that had been dissolved for more than three years. Section 11.356 of the Business Organizations Code provides that a corporation can prosecute or defend claims only until the third anniversary of the entity’s termination. Because the claims in Carter were lodged after that third anniversary, the Fort Worth Court held they were barred not only for the corporation, but also if asserted by someone purporting to sue derivatively. “Because [claimant] derivatively stands in the shoes of” the dissolved corporation, the Court said, “he cannot bring a … claim that [the corporation] could not bring.”

Perhaps we will see one or both of these cases at the next level.

The Securities Litigation Blog reports on and analyzes cases and items of interest from around the country. It is produced and maintained by the Securities Practice Group of Carrington Coleman in Dallas.